Brexit and Property in the UK, pt 1: Positive Impact on Property Market

It is getting close to 3 years since the United Kingdom decided to leave the European Union. This decision to leave, though not yet in effect, has already caused a lot of change, and one of the most affected parts has been real estate. Despite all the uncertainty, it is still thought that the property market has a good chance of weathering Brexit. How so?

The decision to leave the EU caused no small upheaval in the nation, and economists were already predicting long term doom and gloom where the UK’s economy is concerned. Surprisingly, the economy of the UK has continued strong, posting figures that are higher than what was forecast by the Office for Budget Responsibility, according to Lawyer Monthly.

The EU referendum raised concerns as to how the value of the UK property market will drop in the eyes of foreign investors. It was thought that the political upheaval would deter investors from the UK market as they would find property investments in other European nations more attractive. However, some say that the impact of Brexit on the property market has been quite positive.

Property is a More Secure Asset

Despite the uncertainties caused by Brexit, property in the UK is still very popular with property investors. The last quarter in 2017 saw an annual increase of 4% in total property investment, and the first quarter of 2018 saw an increase in house prices in the UK: a 6.6% rise since the referendum in 2016.

Why are house prices increasing? This is partly because investor demand for secure assets has increased. A study done by Market Financial Solutions in 2018 shows that investors preferred traditional asset investments to more contemporary asset investments. This means that more investors would prefer to put their money in property than in, say, the stock market; and this is more so because the majority of the investors in the study considered real estate to be a secure asset in the market today.

This shows that, as far as property investors are concerned, the UK property market is still viable and worth the risk, Brexit uncertainties or not.

There will be Less Red Tape

Leaving the EU may have a positive impact on the property market because there will be a marked reduction in the red tape local authorities have to jump through to secure property or tenders for building works.  The EU has set rules in place concerning real estate deals that make it difficult for the public sector to make good use of their land. And the increasing demand for property investment has made it necessary for more building to be constructed. The less red tape will make approvals go through faster and allow for more creativity in handling real estate assets.

Due to the current uncertainties about Brexit, there is a lot about the UK property market that is also uncertain. No one knows for sure what will happen in the short or long term, but there is still a possibility of some positive effects after Brexit.

Read more about the Negative Impact of Brexit on UK Property here.

Property investments, not just for the rich anymore! The world is changing, thanks to the recent technological advancements and the globalisation of markets, inclusive 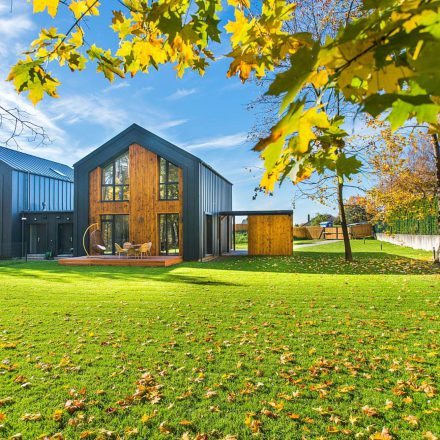 Property market is thriving, even during the havoc created by COVID-19 and the uncertainty due to Brexit. Amazed! Yes, we are too. Do you

It’s time to join the next era of property investment.

Your home, a step away.